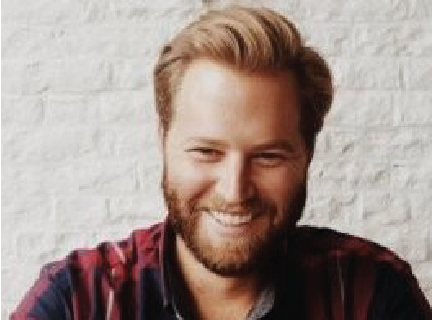 “We were blown away by his fans’ appetites for additional virtual experiences. Seeing the revenue from virtual upsells and merch, it really feels like we are facing a new frontier with Ruston as in-person shows return. Pairing his ability to connect with an audience with Mandolin’s robust set of fan features broke down all previously perceived revenue bounds for us.”

Taming the demons of substance abuse. Facing painful reflections in a period of self-discovery. Telling tales of struggle and rebirth.

Words alone could never do justice to Ruston Kelly’s journey through sobriety and ultimate transcendence and re-invention. His sophomore album, Shape & Destroy, simply does it best. As the world faced its own painful transformation throughout 2020, the release of such a raw and deeply personal work deserved its own unique delivery.

It’s no surprise then that Kelly sought to change up his approach to album promotion—and turned to Mandolin to share his story intimately while connecting with fans like never before.

Revving Fans Up with a Virtual Concert

Still unsure when he could hit the road and celebrate its release, Ruston Kelly knew the world needed it and launched his sophomore album Shape & Destroy in August 2020. But as inconsistent covid restrictions persisted and in-person fan interactions remained risky, the live entertainment industry continued to play a seemingly endless and frustrating game of limbo. By February 2021, Ruston Kelly was ready to dip his toes in virtual concerts and rev fans up, with the hopes of kicking off a tour sometime during the year.

But Kelly’s never been one to accept the status quo. His introspection and personal stories lived in this album and he needed fans to experience it fully with him. So he sought a premium livestream partner that guaranteed a novel and flawless fan experience—one that didn’t just broadcast his virtual concert, but enabled unforgettable VIP meet & greets and the opportunity for fans to take home a piece of the night with exclusive, album-specific merch. He met Mandolin, saw a playground full of new fan engagement opportunities, and looked no further.

Working with Mandolin’s artist services team, Kelly built a show experience tailored to his laid back and honest style. He built a diverse set of Ruston classics and planned a personalized post-show offer—inviting fans to join himself, his producer Jarrad K, along with his dad TK, and sister Abigail in conversations about his songwriting and recording process. In a VIP bonus set, fans would also be treated to a performance of Shape & Destroy in its entirety.

Knowing Mandolin lets fans seamlessly upgrade their tickets during the show, he naturally seeded mentions of merch drops, the post-show VIP Q&A, and extended set into his witty banter between songs—which allowed him to double VIP purchases through in-show promotion alone.

Not only this, by going virtual, Kelly uncapped the venue and increased ticket sales by 470% over historic in-person averages. He even moved the needle on show revenue by 30% with the inclusion of pre-show and real-time merch promotion—allowing fans to purchase collectable items like mouse pads and t-shirts that were not available in the pre-show ticket bundles.

Revealing the Future of Live Music

Ruston’s success reflects a larger trend emerging among live music fans. Recent fan research shows that 82% of fans would spend extra on perks in addition to the ticket price, and of those fans, 70% would spend more than $25.

As in-person shows return, going hybrid means there’s no limit to the number of fans who artists and venues can welcome aboard for unique experiences just like this one. In fact, as the smoke clears and we leave the pandemic behind, the future of live music is just beginning to reveal itself.

Take your next in-person show to the next level

If you’re ready to amplify your next in-person festival or concert with virtual fan experiences, hit us up! Get in touch via the form below to reimagine your next concert with Mandolin Fan Experiences. A member of our Industry Relations team will be more than happy to share best practices and build an experience that works for you.