No Fans Left On The Otherside 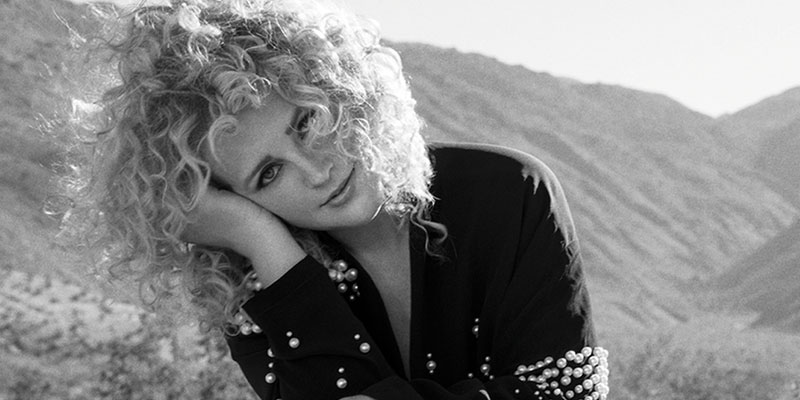 We were consistently kept in the loop on ticket sales and given options for digital marketing efforts and how we could expand our reach. Our team had a wonderful experience working with Mandolin and would highly recommend their services.

Thanks to a show-stopping voice and gritty lyrical honesty, recording artist CAM is unquestionably one of modern country’s fiercest frontwomen. After the smash debut of 2015’s Untamed, fans’ anticipation for CAM’s sophomore album, The Otherside, were incredibly high.

To support the album’s release, CAM knew that sharing her lush collection of classic country grandeur would require her to team up with iconic partners to create an unforgettable, intimate night that could be shared with fans around the globe.

CAM turned to Mandolin to handle the production, promotion and ticketing aspects of her album release live stream. With Mandolin’s help, the songstress secured the legendary Bluebird Cafe, a 90-seat venue in the heart of Nashville dedicated to uncovering the “heroes behind the hits”, as well as the production resources required to put on a heartfelt night of songs and stories.

Like any good album release party, tickets to the live stream also featured album and merchandise bundles where fans could select a mix of autographed vinyl, CDs and VIP meet-and-greet experiences. Each bundle was set-up within a matter of minutes on Mandolin’s intuitive platform.

Once CAM’s ticketing needs were taken care of, Mandolin’s marketing team supported the show with a surround-sound digital marketing campaign, drawing fans from all corners of the globe via social, email, affiliates and email subscribers.

Making Sure Fans Weren’t Left on The Otherside

From venue selection to full-support production and flexible ticketing packages, the decision to live stream CAM's album release party was a hit: in additional to a full house at the BlueBird, the singer’s adoption of a live streaming format connected her with thousands of fans worldwide, increasing tickets sold above venue capacity eightfold.

Of course, it's not an album release party without slinging copies of the new album, and with almost half of all ticket revenue generated from orders including merch or a premium experience, CAM’s show at the BlueBird Cafe proved that live streaming a long-awaited album release is a sound economic decision that also guarantees fans fair and equal access to the music they love most.

More From The Otherside

"Partnering with Mandolin for Cam's 'The Otherside' Album Release show was such a great decision. We already knew their production and video/streaming quality was top of the line from a show we did with them earlier in the year, but going through the whole process with them again completely solidified for us what a joy they are to work with. They made everything so easy for us- from setting up ticketing, to adding virtual meet & greet options, to helping with digital advertising- the Mandolin team was incredibly easy to work with. They worked seamlessly with our band and production team to produce a show that looked and sounded flawless - which we all know is quite a feat in 2020 as we've all been pushed to virtual shows that don't necessarily always sound or look great. We were consistently kept in the loop on ticket sales and given options for digital marketing efforts and how we could expand our reach. Our team had a wonderful experience working with Mandolin and would highly recommend their services." - Danika Gurley, CAM Management Team

Ready to activate your fans through livestreaming?

Get started with Mandolin today & give your fans a live experience they'll never forget.